Voices of Naples is a community chorus founded in 2002 with the mission of providing scholarships to deserving high school seniors in Collier and Lee Counties who wish to study vocal music and related studies in college.

Donations to the scholarship fund or sponsorships of any of the eight concerts given in season are welcome.

SCHOLARSHIP APPLICATIONS MUST BE RECEIVED BY MARCH 23, 2021
Please email completed application to:
voicesofnaples@yahoo.comApply for Scholarship 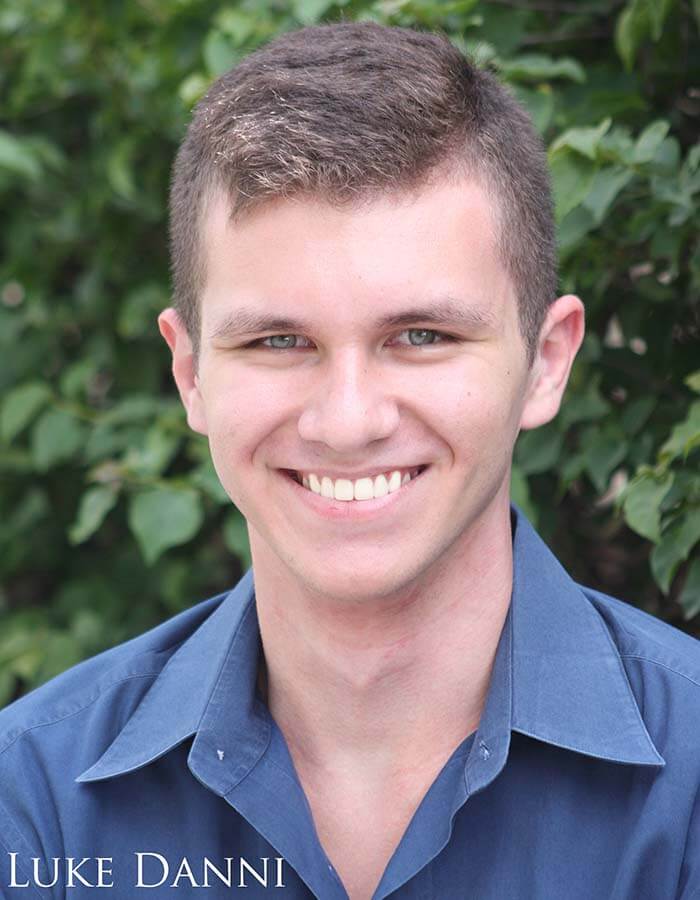 Luke Danni is the Voices of Naples 2020-2021 Scholarship Winner

Luke Danni is the recipient of The Voices of Naples 2020-2021 Scholarship. Luke is a graduate of the Community School of Naples, and he is currently attending the University of Cincinnati where he is studying Acting and Musical Theatre.
The son of Mark and Karen Danni, Luke states that he literally grew up in the theatre. His parents were professionals in the entertainment business in New York City – his dad a conductor and percussionist on several Broadway shows and his mother a dancer and choreographer. In fact, Mark and Karen Danni founded a professional equity theatre company, Theatre Zone, in Naples, Florida fifteen years ago. Starting at a young age, Luke attended rehearsals and watched professionals perform and was soon drawn to the stage and screen. Luke states, “the excitement and magic that happens on stage in a musical is unlike anything I’ve ever experienced, and when I’m singing a song alone on stage, taking the audience on a journey with me, the connection between us is one of the greatest feelings in the world.” He has chosen performing in the theatre as his career choice.
Luke has performed with Opera Naples, the Naples Ballet, the Florida Repertory Theatre, and as an actor and Assistant Stage Manager for TheatreZone. Last January, he was cast as Master Cricket/The Deputy in an equity production of The Mystery of Edwin Drood at TheatreZone and then as Oscar Delancey in Newsies at the Florida Repertory Theatre. Some of his other credits include Hello Dolly (Barnaby), The Odd Couple (Oscar), The Pajama Game (Prez), Mamma Mia (Bill Anderson), Aida, Showboat, The Mikado (Nanki Poo), Iolanthe (Strephon), The Nutcracker, Charlie Brown (Schroeder), Fools (Leon), and Fame (Nick). Luke also enjoys working behind the scenes as part of the backstage team.﻿﻿﻿
While a high school student, Luke was able to keep up his schoolwork while still being involved with many local productions at several theatres in the area. He values his private instruction for voice, acting, and dance and recognizes that training is necessary to become a better actor and musical performer. ﻿﻿